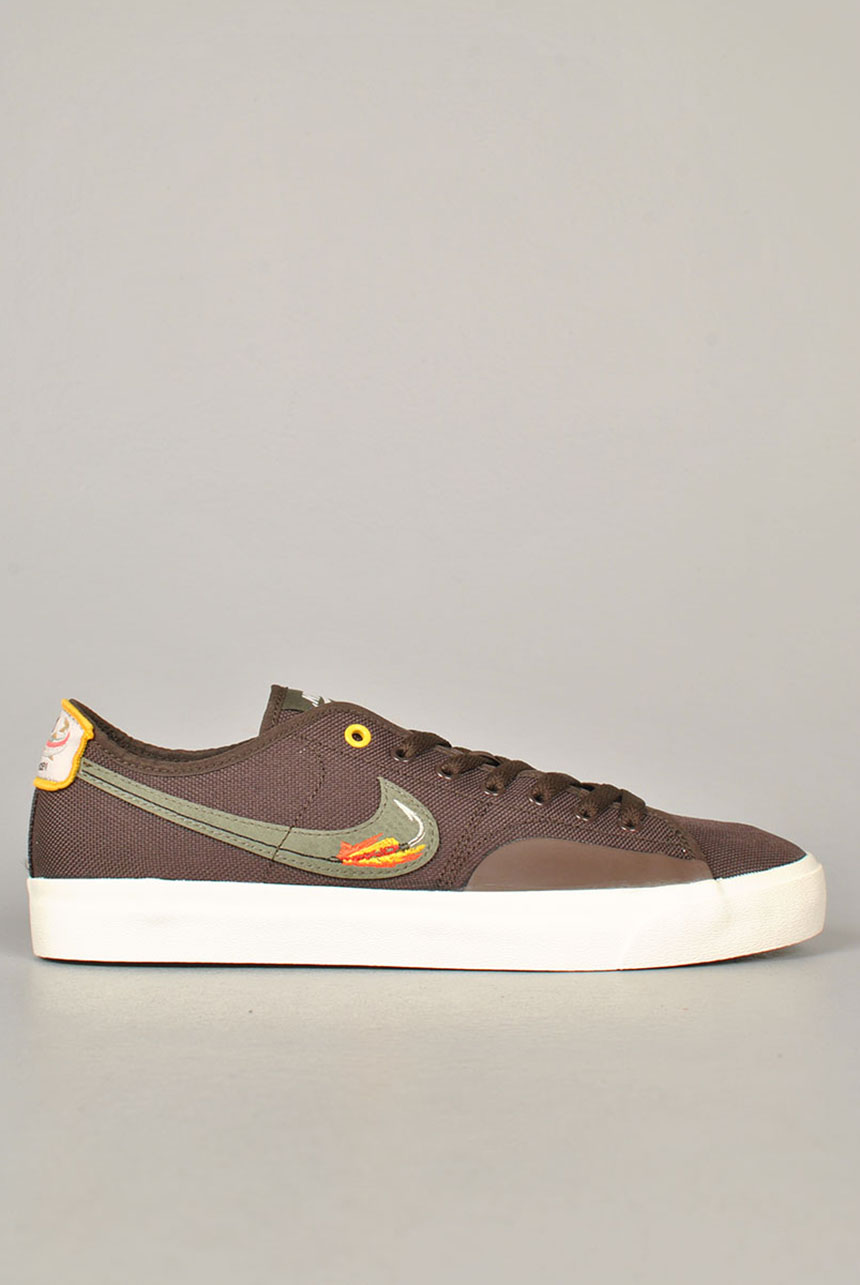 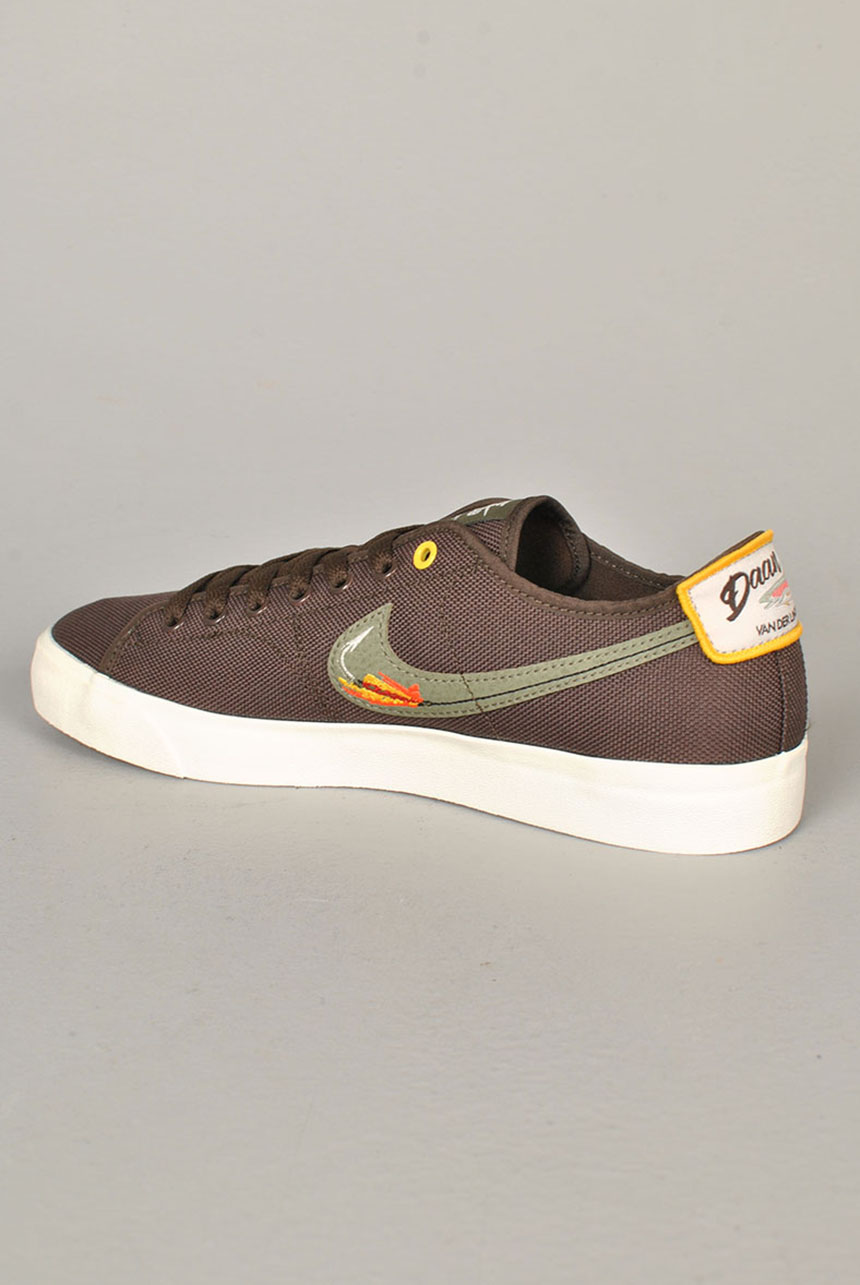 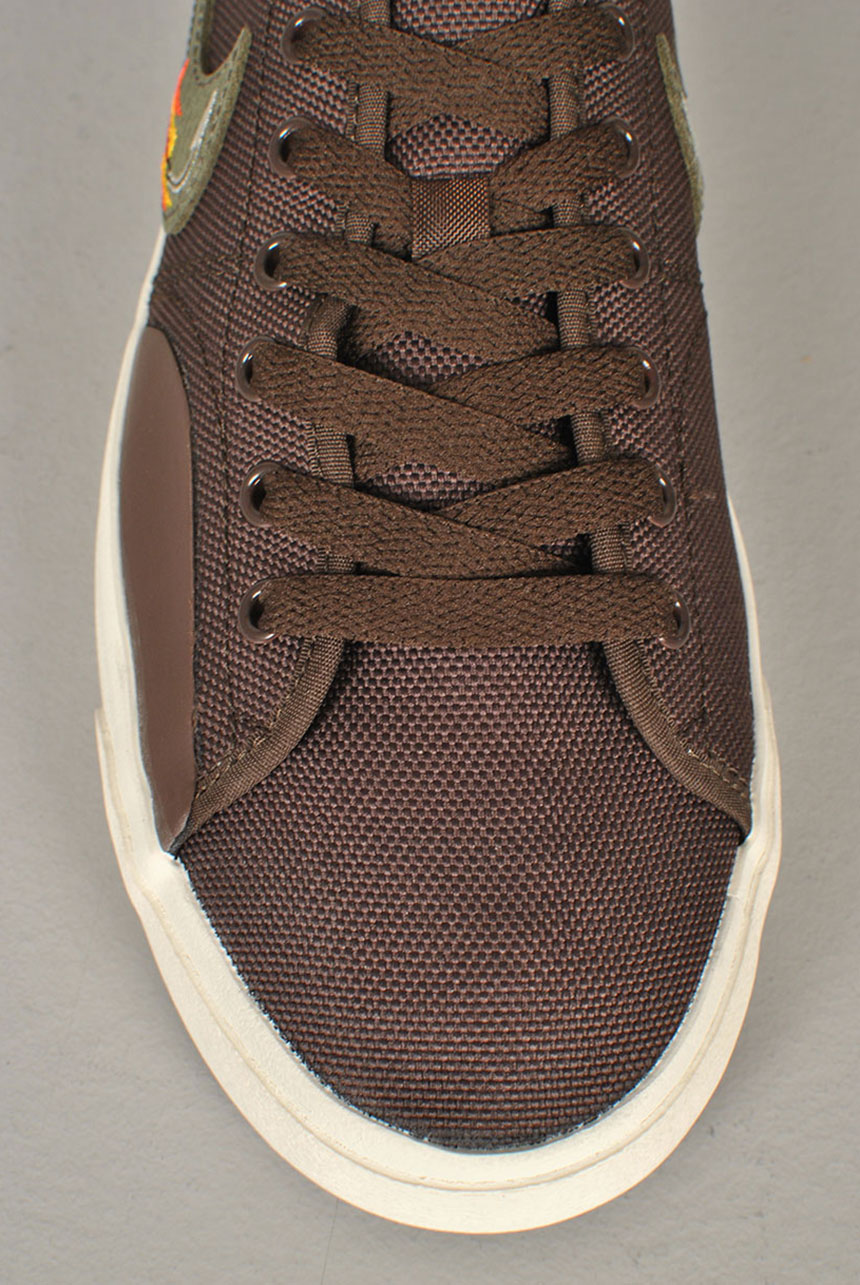 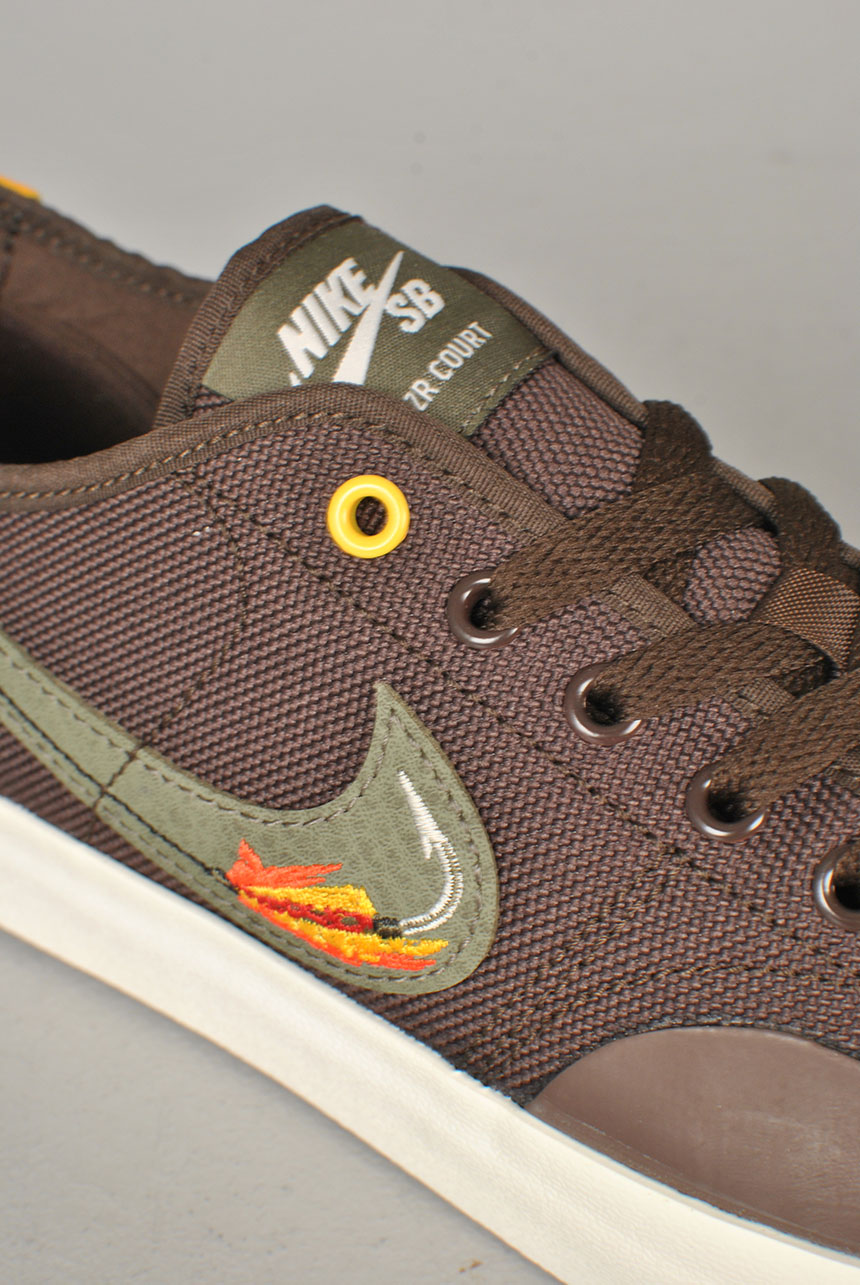 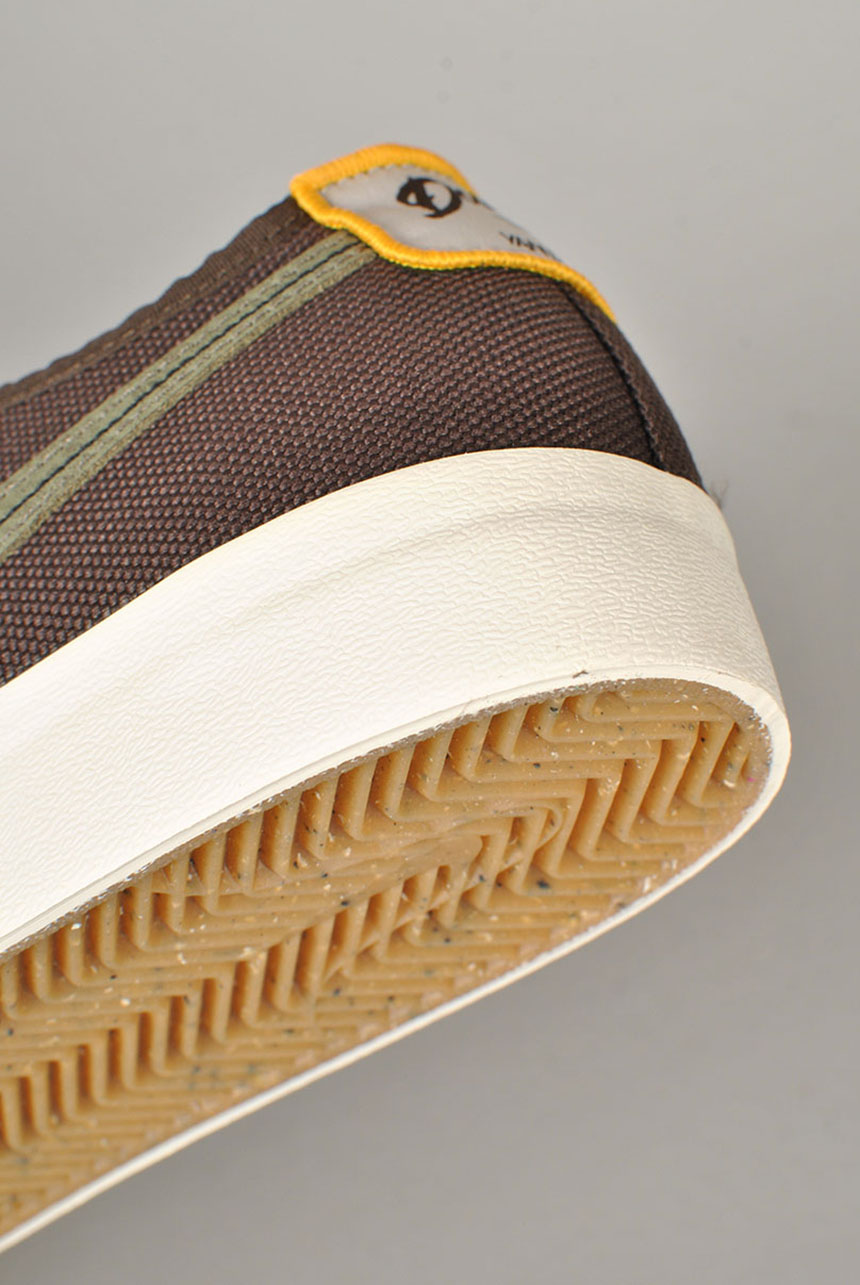 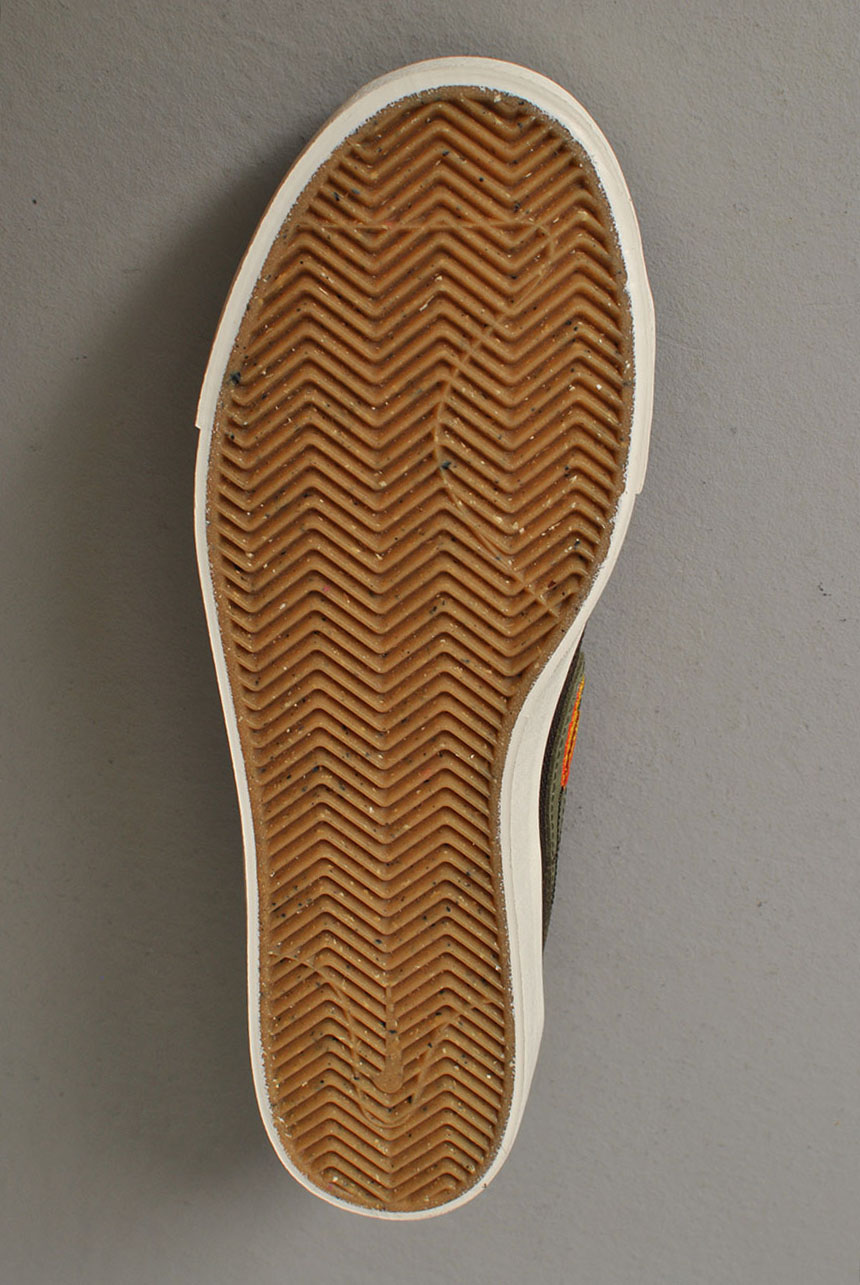 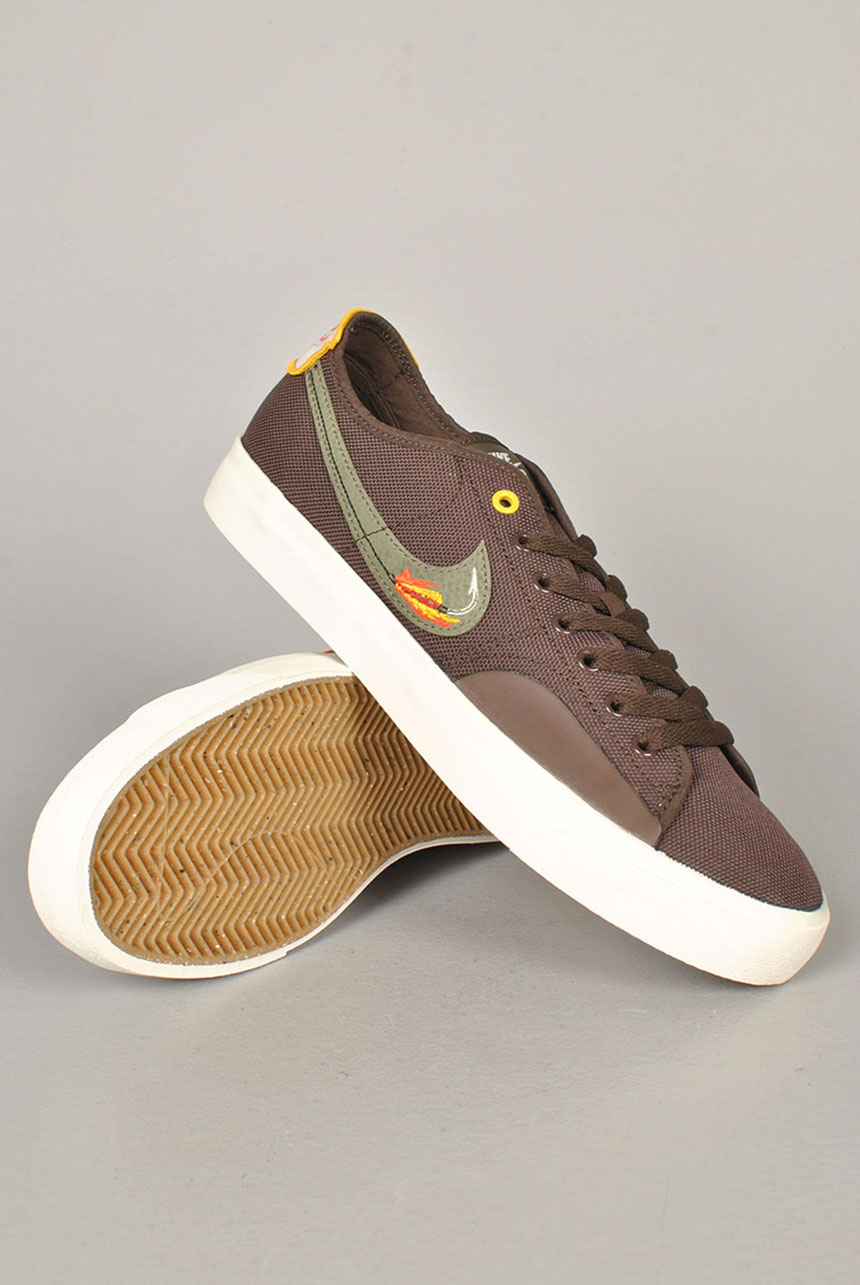 When pro skater Daan Van Der Linden isn’t on his board he likes to unwind by fishing, Nike SB sub-label has tapped Van Der Linden’s preferred hobby for inspiration on his new SB Blazer Court. Though Van Der Linden has been a Nike SB team member since 2018 — and also boasts an impressive sponsor list that includes Antihero, Independent and others — this marks his first “signature” release, a milestone in the 24-year-old’s still-evolving career.

What differentiates the SB Blazer Court from the standard SB Blazer is its construction, as the uppers are made from canvas instead of suede. Here, that canvas is dressed in a rich brown tone with a synthetic ollie pad present on the forefoot for extra durability. Special detailing begins on the Swooshes, which are presented in olive green and feature an orange and red fishing lure, connected to black “wires” that run back to the heel tab.

This heel tab presents the shoe’s second piece of signature detail, namely a large patch with a full-color trout and Van Der Linden’s name spelled out in flowing font. An olive green Nike SB badge sits atop the tongue, the top eyestay is done up in yellow for a pop of flair, a final fish graphic is printed on the insole and eggshell midsoles loaded with Zoom Air cushioning round the look off.

This Modal is powered by moori Foundation